Alpine and Nordic skiers will be the first to compete in state meets since the pandemic shut down sports a year ago. 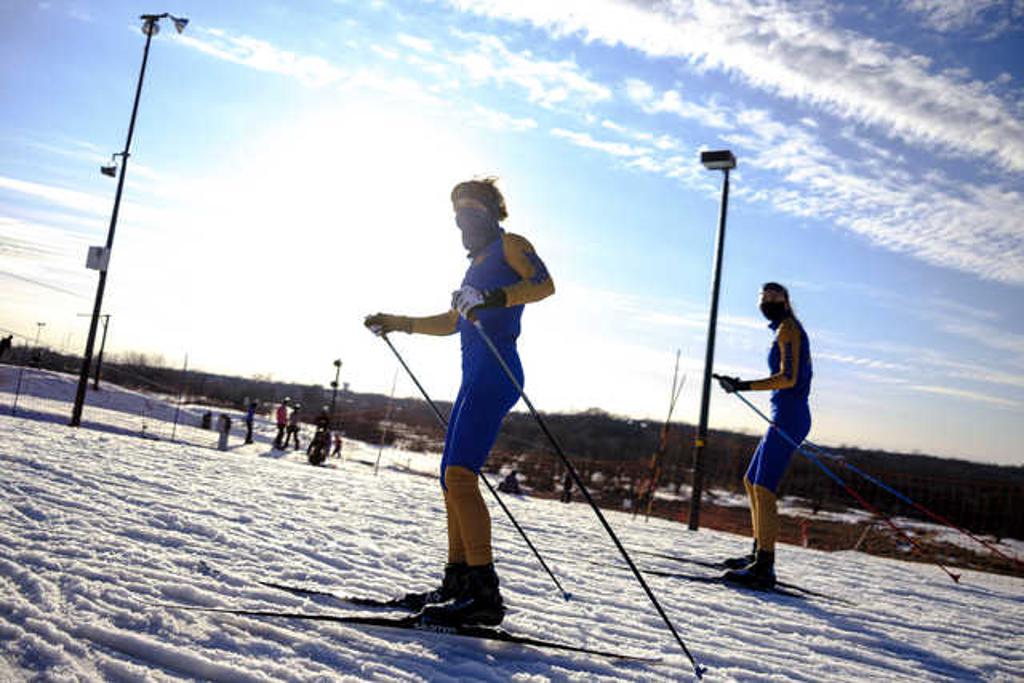 After a long, strange, yet shortened season for high school skiers, it’s only fitting that it will culminate with different looking state meets this week.

Instead of subzero February temperatures at Giants Ridge in Biwabik, sloppy, slushy snow conditions are likely. There will be less time between Alpine and Nordic races. The Nordic course will be one kilometer shorter. And spectators will be limited those associated with the teams or individuals. It’s all in the name of streamlining the meets to minimize interaction between skiers and teams because of COVID-19 concerns.

“The positive side is we are still getting the state ski meet in this year,” said John Filander, who serves as the Giants Ridge winter sports director and is a technical delegate for the U.S. Ski Association.

The meets — Alpine for boys and girls is Wednesday, Nordic is Thursday for girls and Friday for boys — kick off five weeks of state tournaments, the first since the pandemic shut down sports lasts March.

Others to follow are dance team, boys’ swimming and diving, wrestling, gymnastics, girls’ and boys’ hockey, and girls’ and boys’ basketball. The last state championships will be held April 10.

This year’s ski meets, held over three days instead of the usual two, are nearly a month later than previous years, due to pandemic concerns delaying the season’s start to Jan. 4.

That’s a different scenario than the original dates in the middle of February. The temperature never got above 5-below on four of the five days of the scheduled week, which would have forced the event to be postponed according to Minnesota State High School League rules.

“I know it would not have been held that week,” Filander said. Giants Ridge was been the host venue for the event since 1986, and while there have been postponements it never has been canceled.

Wayzata senior Colin Freed, the No. 1 ranked boys’ Nordic skier and Section 6 runner-up to No. 2-rated senior Roger Anderson of Armstrong, still skied six of the seven days during the bitterly cold conditions. Freed is coming off a fifth-place finish in last year’s state meet.

“I skied almost every day, and it was really cold,” Freed said. “I bundled up and wore a bunch of layers.”

Freed opened the season competing while wearing a mask due to a high school league mandate. The Trojans’ first meet was the Lake Conference time trials on Jan. 14 at Baker Park Reserve in Maple Plain.

“It was hard to breath,” Freed said. “A lot of people had problems breathing. It was really difficult.”

Trojans coach Andrew Hansen said, “I was wondering how hard it was going to be on the kids if they had to keep wearing them. Nordic skiing is a unique sport. It’s the endurance of breathing.”

The high school league quickly changed the mandate allowed masks to be removed during competition but be worn at practice and at the starting line for meets.

“It’s a good protocol,” said Wayzata senior Lauren McCollor, the Section 6 runner-up who is ranked No. 5 in the state on the girls’ circuit. “When we are racing, we are not generally within six feet of anybody.”

McCollor is the only senior ranked in the top six. Top-rated and defending state champion Molly Moening of St Paul Highland Park is a junior. Second-ranked Maggie Wagner, an Edina junior, and No. 3-ranked Sydney Drevlow, a Hopkins eighth-grader, compete with McCollor in the Lake Conference.

“There is a lot of strong competitors in the girls’ race,” said McCollor, who finished fourth at state a year ago. “With three of the top five skiers in our conference, you have to be ready to race all the time. That should help in the state meet.”

Course lengths have been an issue all year. The Trojans have competed in races ranging from just over 1K up to 5K.

“The distances have been more challenging because they weren’t used to them,” Hansen said. “The longer the course the better for our skiers.”

At Giants Ridge, the course will be 4K instead of 5K. But one key element to the race will be missing — the pursuit aspect.

“I enjoyed the pursuit because it is more head-to-head competition,” McCollor said. “You knew who you had to catch or who was catching you.”

“Skiing has been a great outlet for these kids,” Hansen said. “It’s been a challenging, but at the same time gave us a sense of normalcy.”

He is looking forward to seeing how Freed and McCollor fare in their final prep race.

“They are excited to conclude their careers at the state meet,” Hansen said. “Both Colin and Lauren have had big goals for years now.”

Lakeville North senior Peyton Servais will make her final state meet appearance. She has finished in the top four each of the previous three years, winning the individual title in 2019 and finishing runner-up last season. The Panthers are also favored to defend their team title.

Defending state champion Eagan freshman Sophia Palmquist was injured in a car accident in November and didn’t compete this season.

On the boys’ side, Lakeville South only graduated one senior from last year’s state championship team, and appears primed to repeat.

There will be a new individual champion with Edina junior Adam Berghult and Cougars senior Kyle Wentworth among the favorites. Berghult finished second in 2020 and Wentworth was fourth. Berghult has finished in the top three the past two seasons.