Ava Pihlstrom of Blake and Zach Trotto of Forest Lake joined the Lakeville South boys’ team and the Edina girls’ team as the victors at Giants Ridge in Biwabik. 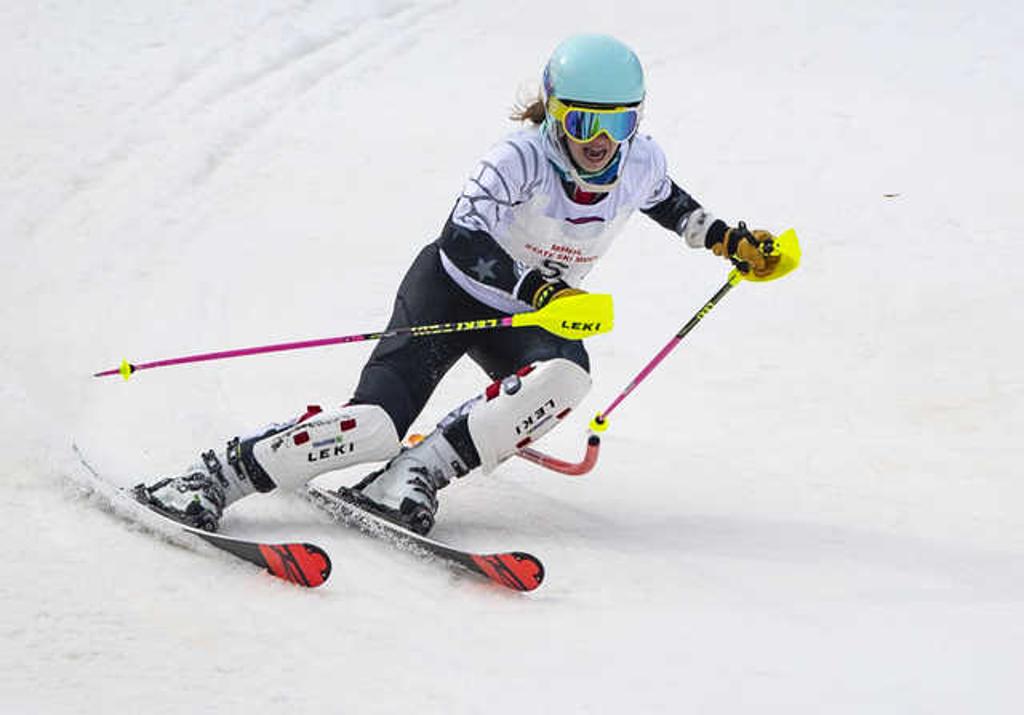 Ava Pihlstrom of Blake tried her best to stay calm but it wasn’t easy.

The junior put together two of the best runs of her career to win the girls’ Alpine skiing individual state championship with a time of 1 minute, 15.54 seconds Wednesday at Giants Ridge in Biwabik. She finished 11th a year ago.

“I was hoping to be in the top five,” Pihlstrom said. “I really thought I could do that since there are so many fast skiers in the state. To win it is pretty special.”Philstrom’s victory came on a day when the first high school sports state champions were crowned since last March, when the COVID-19 pandemic shut down girls’ and boys’ basketball postseason play.

Pihlstrom finished .82-hundredths of a second ahead of Lakeville North senior Peyton Servais, who won the title in 2019 and finished as the runner-up for the second straight year.

“Both of my runs were pretty solid,” Pihlstrom said. “I was pushing a lot harder than I usually do.”

Pihlstrom nearly led from start to finish. She was fifth person out of the gate on the Helsinki course during the opening morning run.

“I think it helped being one the first skiers out,” Pihlstrom said as temperatures hovered in the mid-30s on an overcast day. She went out eighth on the second run.

“I thought the course held up pretty well,’’ she said
Pihlstrom posted a time of 36.04 seconds on her initial run. White Bear Lake junior Maggie Blanding was second in 36.20 and Servais third in 36.36. Full girls' individual results here.

“I felt pretty confident coming off the pitch and into the flats,” Pihlstrom said. “I gave it my all.”

Her second run was just as impressive, clocking in at 39.50 down the Innsbruck course. She was the only girls’ skier to break 40 seconds.“I was a little nervous because I wanted to keep my place,” Pihlstrom said. “A few gates came up a little faster than I expected, and I had to adapt for those a little bit. I’m relieved now.”

Redemption
After a disappointing finish to the 2020 season, senior Zach Trotto of Forest Lake made the most of his final high school meet.

“I just wanted to put two solid runs together after last year, and see how it would play out,” Trotto said.

A year ago, he straddled a gate on the first run and fell during his second run.

Trotto nearly followed Pihlstrom’s path en route to the boys’ individual crown with a time of 1:12.04.

“What happened last year prepared me for this year,” Trotto said. “It was nice to be able to build off that.”

Trotto was third down the Innsbruck course in the morning and second on the Helsinki run. He opened up with a blistering run of 36.49 seconds, more than one-half second faster than anybody else.

“Both of my runs felt pretty clean,” Trotto said. “I was just happy to finish.”

Trotto got a hug from his father after his second run.

Runner-up William Nida of Lakeville South was quicker on the second run with a time of 35.46. Trotto clocked in at 35.55. Full boys' individual results here.

“I haven’t been able to really grasp that this just happened,” Trotto said.

Edina unseated Lakeville North as the girls’ team champion with 159 points. It was the Hornets’ first title since 2009, when it tied Lakeville South for the crown.

The meet, held a month later than usual, had limited spectators and no traditional awards ceremony, owing to efforts to limit crowds amid the pandemic. The Nordic skiing state meet will be held Thursday for girls and Friday for boys.

Before Wednesday, the last Minnesota high school teams to win a state championship were the boys’ hockey teams from Mahtomedi (Class 1A) and Hill-Murray (2A) on March 7, 2020.

Only Star Tribune photographer Alex Kormann attended the Alpine skiing state meet. This article was written based on telephone interviews after the competition.