Senior Roger Anderson won the individual state title after a heartbreaking second-place finish a year ago, while the Lakers won the team title outright this year. 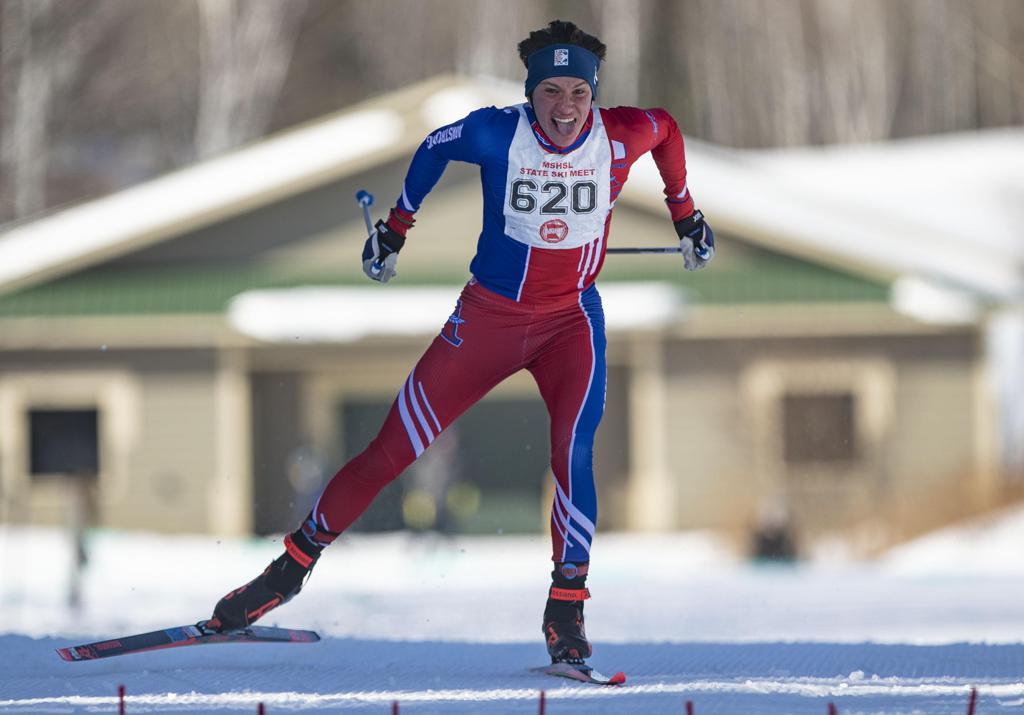 Roger Anderson of Armstrong celebrated as he crossed the finish line after the freestyle race Friday at the Nordic skiing state meet at Giants Ridge in Biwabik. Photos: ALEX KORMANN • alex.kormann@startribune.com

Coming off disappointing runner-up finishes a year ago, Armstrong senior Roger Anderson and the Minneapolis Southwest boys’ Nordic skiing team had plenty motivation Friday and both got redemption.

Anderson won the boys’ individual championship while the Lakers garnered the team crown in the Nordic skiing state meet on another bright, sunny day with temperatures near 30 degrees at Giants Ridge in Biwabik.

“I really wanted to win state, and be the first one in our family to accomplish that,” Anderson said. He posted a winning time of 20 minutes, 11.1 seconds.

A year ago, Anderson was overtaken on the homestretch of the pursuit race by Mounds Park Academy’s Henry Snider and wound up second by six-tenths of a second. Anderson held a 12-second advantage over Snider after the first leg of the event.

“That race motivated me a lot,” Anderson said. “That’s all I was thinking about.”

The Lakers’ disappointment was equally agonizing They tied Forest Lake for the top spot a year ago, but lost the championship on criteria based on the skiers’ combined times.

Roger Anderon at the finish

“We were motivated to get back the championship,” said Lakers junior Cooper Camp, who finished third with a time of 20:28.6.

They prevented Forest Lake from sweeping the team titles, edging the defending champion Rangers 416-413 for the boys’ crown. The Forest Lake girls’ squad won its first state title on Thursday.

“The individual award for finishing third was nice, but the team title was what we really wanted,” Camp said.

It was the Lakers’ first team title since they won back-to-back championships in 2016 and 2017.

“We knew we had a chance to win it again this year,” Camp said. “That was our goal.”

Anderson shared those aspirations. He bested Wayzata senior Colin Freed, who battled through a fall on the first run of the day, by just over 4 seconds. Freed clocked in at 20:15.2.

“Roger beats me sometimes and I beat him other times,” said Freed, who entered the state meet ranked No. 1 while Anderson was ranked second.

Anderson got off to a fast start, posting a time of 10:38 on the initial 4K classic-style race. Freed was in sixth place, only 12 seconds back despite falling on a turn near the end of the race.

“It caught me off guard a little bit,” Freed said. “I lost my balance and fell over.”

On the 4K freestyle second leg of the race, Freed posted the fastest time of 9:25.2.

Anderson went out nearly as fast. It almost caught up with him.

“I had to go out fast. I had to hold off the other guys,” Anderson said. “At the 2K mark I started slowing down. I had to try and keep it up if I wanted to win.”

He knew a strong group of seniors, headed by Freed, was giving chase. The only non-senior in the top seven finishers was Camp.

“Colin is a phenom in the skate race,” said Anderson, who posted a time of 9:33.1 in the freestyle leg. “I knew he was coming after me. I had to let it all out at the end.”

The biggest change for the skiers was not having a pursuit race for the second leg. Instead of starting the second race based on finishing times from the first run, all of the participants went out for the freestyle in the same order they did for the classic race.

“I don’t know that it really mattered today,” Freed said. “But the pursuit is a lot more fun, exciting.”

Anderson said the shortened course, from to 5K to 4K for each leg, did play in his favor.

Only Star Tribune photographer Alex Kormann attended the boys’ Nordic skiing state meet. This article was written based on telephone interviews after the competition. 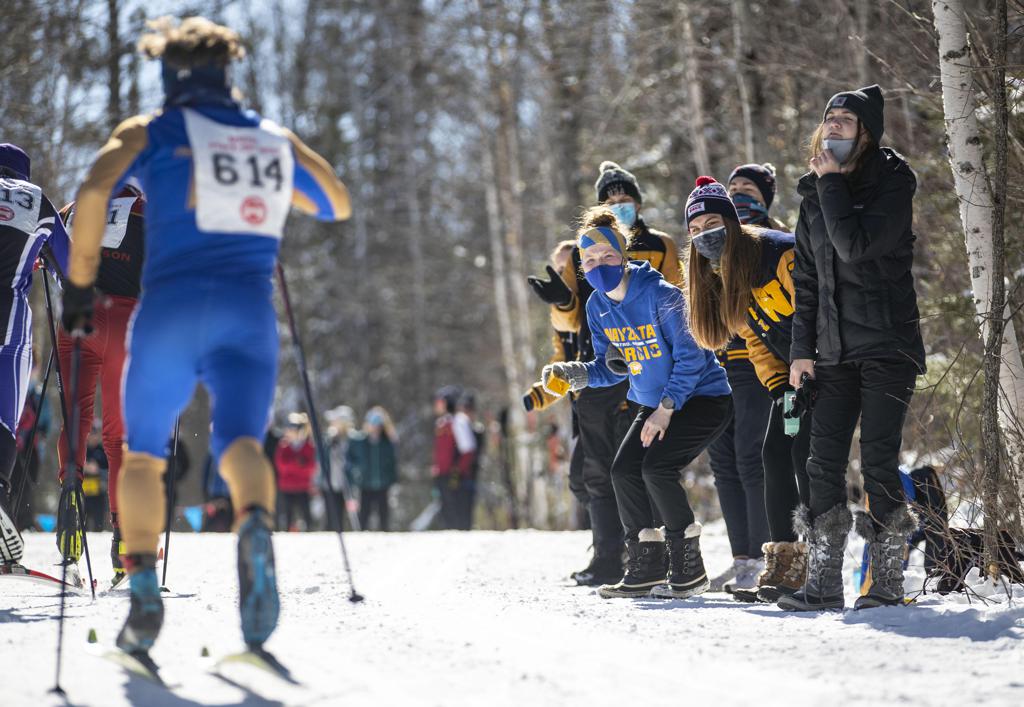