The Star Tribune’s Metro Boys’ Nordic Skier of the Year won the state meet after both he and a sister had come close to winning in previous years. 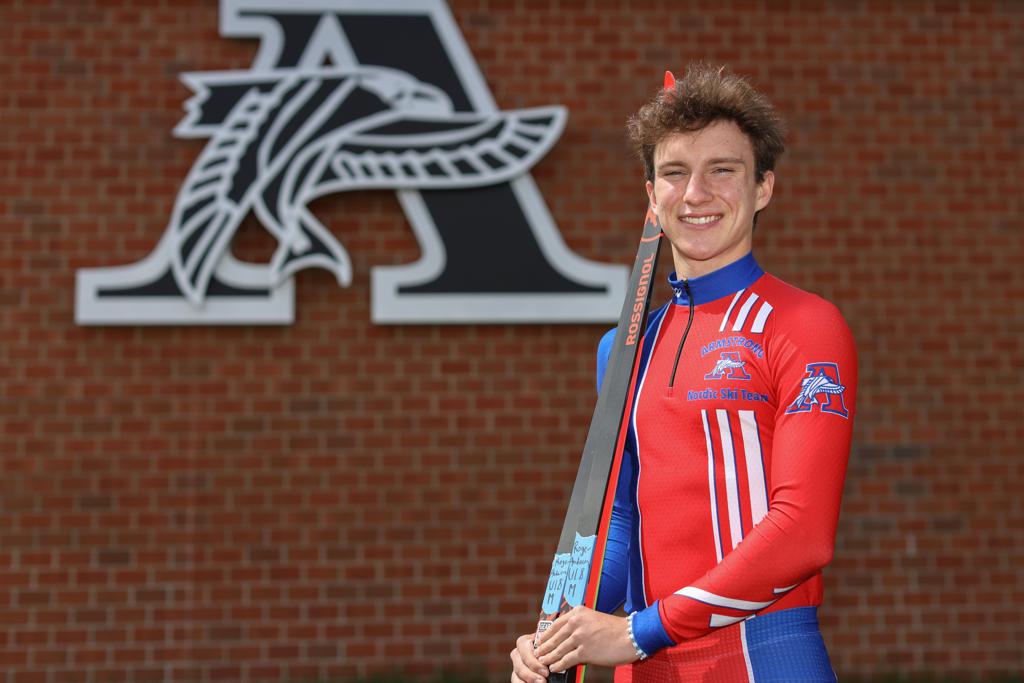 It became an all too familiar sight, the Anderson family being chased down from behind and finishing as the runner-up in the Nordic skiing state meet. Roger Anderson had one last opportunity to change the family fate.

The Armstrong senior used the extra motivation to win the boys’ individual championship on March 12 at Giants Ridge in Biwabik after coming off a second-place finish in 2020.

“Since last year when I got second in state, I’ve been wanting to win state all year,” Anderson said. “That was my goal and I achieved that. It was a great accomplishment.”

Anderson posted a winning time of 20 minutes, 11.1 seconds, which was more than 4 seconds faster than No. 1-ranked runner-up Colin Freed of Wayzata.

His performance culminated a season that earned him honors as the Star Tribune Metro Boys' Nordic Skier of the Year.

“It was a great day,” Anderson said.

A year earlier, Henry Snider of Mounds Park Academy overcame a 12-second deficit on the second leg of the pursuit race to nip Anderson in a photo finish. Snider clocked in at 28:24.2 while Anderson finished six-tenths of a second back.

“That race motivated me a lot,” Anderson said.

Not to mention older sister Luci’s state meet runner-up finish to Nordic skier Mara McCollor of Wayzata in 2019. Luci also led by 12 seconds after the morning race, only to finish as the runner-up 1.2 seconds back.

“It was like we both did the same thing,” said Anderson, whose oldest sister, Dottie, also competed in the state meet. “It was a big deal for me to finally pull through. I really wanted to win state and be the first one in our family to accomplish that.”