She stands third going into the second leg as she pursues her third consecutive Nordic skiing state championship. 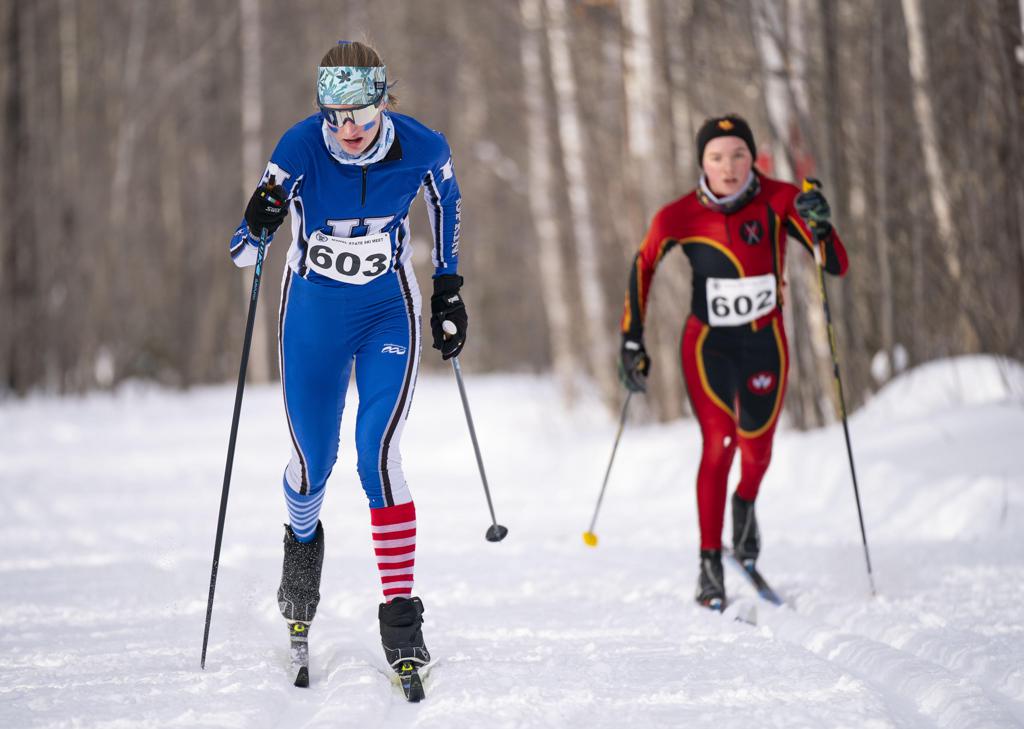 Molly Moening doesn’t mind being the chaser. The St. Paul Highland Park senior will need to be at her utmost best at that in order to three-peat as a state Nordic skiing champion.

The two-time defending girls’ Nordic pursuit champion finds herself in third place after the first of two legs, the 5km classical, Wednesday at Giants Ridge. She is 31.8 seconds behind pacesetter Maggie Wagner of Edina.

Wagner, a senior who finished fourth a year ago, had a time of 16 minutes, 32.6 seconds. Hopkins freshman Sydney Drevlow sits between the two seniors with a time of 16:55.1.

Moening posted a time of 17:04.4. The two-day event will conclude Thursday with Moening’s specialty and the second leg of the pursuit, the 5km freestyle.

Moening is attempting to become the first three-time state champion since Olympian Jessie Diggins (2007, 2008 and 2010). She is also looking to become only the third girls’ skier in state history to win three consecutive titles. The previous two were Barb Jones of St. Paul Central (1993-95) and Patrice Jankowski of Cloquet (1976-78).

Earlier in the day, Minneapolis Southwest senior Cooper Camp showed why he is considered the favorite in the boys’ field. He covered the course in 14:33.4, opening a little more than a seven-second lead on Bloomington Jefferson senior Jon Clarke.

Clarke was the initial skier on the course and posted a time of 14:41.0. Juniors hold down the next four spots: Andrew Defor of Edina, Benon Brattebo of Eden Prairie, Davis Isom of St. Paul Highland Park and Ben Lewis of Blaine.

The initial sprint relay, teams of two from 24 schools, will also be held Thursday. Because of cold weather forecast, the start time of Thursday’s racing was moved up to noon.