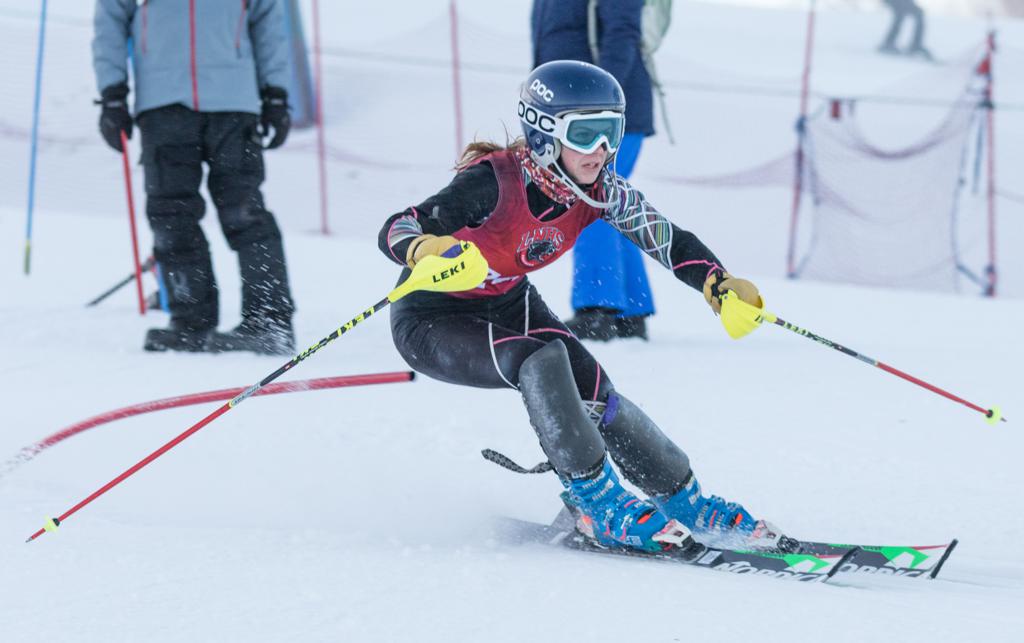 One good look at Lakeville North senior Bailey Servais, and the first thing that comes to mind would be a superb gymnast. Her petite yet strong frame moves with such grace and elegance.

It just doesn’t come on a bar, beam, vault or a floor exercise. Instead, it comes on hills and mountains around the state and country as a proficient prep Alpine skier.

“Bailey is very strong for her size,” Lakeville North coach Doug Nordmeyer said. “She has exceptional foot skills and hand-eye coordination. She is very efficient, no excess motion or movement.”

It’s the offseason that separates the 5-1 Servais from those more physically gifted. She spends plenty of time biking and sprinting, and working on her legs, quadriceps and core to enhance her explosiveness and quickness.

“I’m smaller than most girls, but I’m also stronger than a lot of them,” Servais said. “In the offseason, I build up a lot of muscle. I really enjoy working out.”

The workouts have led to a superb final season for the soft-spoken Servais. She has won six of seven races this season, including the Section 6 championship, and finished second the other time.

“I’ve been pleasantly surprised this year,” Servais said. “I’ve been happy with my results.”

That isn’t always the case with the incredibly consistent, technically sound Servais.

“Bailey can be self-critical,” Nordmeyer said. ‘‘She is a generational athlete with a bright future, on and off the ski slope. She is truly remarkable.”

Servais also pushes Nordmeyer to be that much better as a mentor.

“An athlete like Bailey pushes coaches to be their best as well,” Nordmeyer said. “Most often, less is more, and any comments must be concise, and accurate.”

Servais has made 19 appearances on the podium (first-, second or third-place finishes) in her career.

“She has done that competing against many of the best athletes in the greater metro area,” Nordmeyer said. “She leads by example.”

Servais also had to overcome a torn anterior cruciate ligament and broken fibula in her left leg suffered in March 2014. She finished 12th in the state meet a month earlier as a freshman.

“Rehab takes a lot of time and patience,” Servais said. “It was really hard.”

Servais’ determination paid off. She bounced back to finish 10th in the state meet her sophomore season, two months after getting back on her skis.

“After significant rehab, she finally got back on the hill and was restricted to only free skiing without gates,” Nordmeyer said. “That did not last long. With only about six weeks on snow, she was once again all-state.”

The following year brought a disappointing 13th-place finish in the state meet at Giants Ridge in Biwabik for Servais.

“I haven’t been great at Giants Ridge,” Servais said. “I can do a lot better. I’ve been pretty tentative.”

That’s something she plans on changing Wednesday at the state meet.

“I need to be more aggressive and stronger up there,” Servais said. “It’s a fun and challenging hill.”

One that Servais would like to leave as a state champion.

“For high school that is the ultimate goal,” Servais said. “To win the state meet would be amazing.”