Nellie Ide won the girls' individual title with the fastest combined time for girls or boys at Giants Ridge in Biwabik. 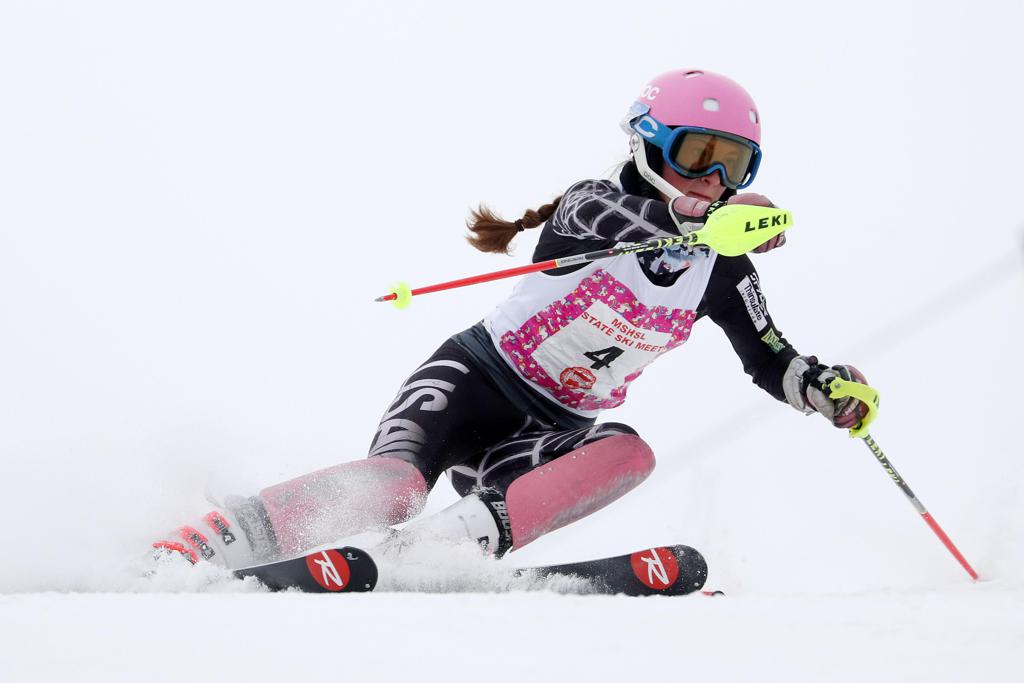 Four siblings and 23 previous state meet appearances in the rear-view mirror and finally, the Ide family of Blake can claim a state champion.

Senior Nellie Ide, the last of three sisters and one brother to have competed at the Alpine skiing state meet, skied perhaps the best two runs of her high school career on Wednesday to win the girls’ individual title in a combined time of 1:13.63. Her time was faster than the boys’ winner as well.

“I feeling confident and focused on having fun,” Ide said. “The course was perfect both times. It was like my ideal course. I could just ski quickly and go for it.”

Ide’s older siblings — Maisie, Tessa and Roscoe — had all competed in the state meet in the past. Maisie was favored to win in 2011 but a spectacular fall in the first run ended her hopes.

“We’ve had Ides come through her for a super-long time,” Nellie said. “It feels good to end it on a strong note as the last Ide coming through. They were saying ‘Leave a good legacy for the Ides.’ ”

Hust was considered a favorite to win the meet and skied well. Just not as good as Ide. She acknowledged that another runner-up finish was frustrating, but took solace that at least it was Ide who beat her.

“It gets a little bitterer every year,” Hust said. “At least it was to my best friend.”

Hust and Ide often room together when traveling to national meets.

“This year, we’ve spent 100 percent of the time together,” Ide said.

“I’ve spent more nights sleeping in the same bed as Nellie than in my own bed,” Hust said with a grin. “We travel a lot together.”

In the post-meet interviews Wednesday, Ide was asked if winning the meet means she gets more than friendly bragging rights.

“I think maybe one night, she’ll have to sleep on the floor,” Ide said with laugh.