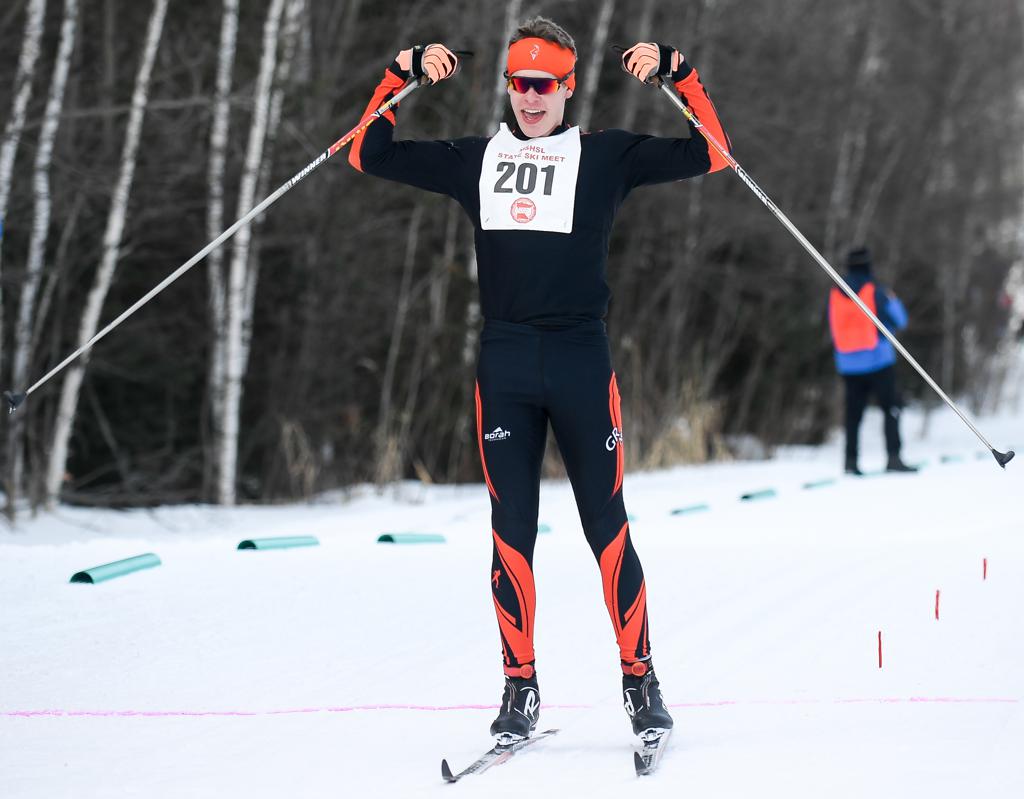 BIWABIK, MINN. – Grand Rapids junior Garrett Beckrich has been a biathlete for all of eight months, yet has risen to a No. 2 ranking among U.S. junior boys.

That training paid off Thursday as Beckrich posted a swift time in the skate race — the style used in biathlon — and made that cushion stand up through the classic race, winning the boys’ pursuit championship at the Nordic skiing state meet at Giants Ridge. His combined time of 28 minutes, 45.7 seconds was enough to hold off hard-charging Wayzata seniors Anders Sonnesyn and Luc Golin.

“I was expecting him to do well in the skate, for sure, but he kind of surprised me in the classic race,” admitted Golin, who finished third overall. “He was really strong and we couldn’t catch him.”

By concentrating on biathlon, Beckrich hasn’t had much chance to ski in the classic style. He spent a good portion of the winter in Slovenia and the Czech Republic and skied only three prep races before the postseason — the minimum allowed to qualify.

Knowing he would have challengers on his heels during the classic race, Beckrich relied heavily on double-poling, using his arms and upper body to generate momentum. It was a strategy he wasn’t sure would work.

“I told myself not to mess around trying to classic stride. Just stick to double-poling and go with that,” Beckrich said. “I didn’t know how well I could do. I figured the Wayzata guys would catch me.”

Sonnesyn and Golin briefly closed the gap, getting within 30 feet, but that was it. When they reached the latter stages of the Giants Ridge course, which are largely downhill, Beckrich was able to put some distance between him and his followers.

Despite a future in biathlon, winning the high school state championship fulfilled a goal set four years ago, when he began skiing.

“Ever since I joined the sport, it’s been a dream,” he said. “It’s been what’s inspired me: the thought of being a state champion.”

They might not have been able to catch Beckrich for the individual title but Sonnesyn and Golin still went home as champions. Their strong finishes, along with a fifth-place effort from sophomore James Schneider, helped Wayzata to the boys’ team championship. The Trojans finished with 384 team points, edging runner-up Stillwater with 382 and Forest Lake in third with 377.

There was pressure, Mara McCollor admitted, and expectations. But to the Wayzata junior, those were only minor issues, shooed aside by the sheer fun of skiing for a state championship.

McCollor lived up to her No. 1 ranking, winning the girls’ individual championship. She set the pace with a quick 15:32.1 time in the skate race, then posted the second-best time of the day in the ensuing classic race en route to the pursuit title with a combined time of 31:48.3.

“There were expectations, but they’re all in perspective,” McCollor said. “It’s sometimes fun to realize the people expect something of you. It pushes me to train a lot.”

After a warm Wednesday, the cooler temperatures in Biwabik were ideal for racing. McCollor said her pre-meet preparations were hampered by the warmth, but that had no effect on Thursday’s result.

“It was weird [Wednesday] because it was really warm, but [Thursday] was really nice conditions,” McCollor said. “It’s just super fun to race here. This was, for sure, a goal for the season.”

Diggins true to her school

Jessie Diggins was more than 6,000 miles away, competing for Team USA in the Winter Olympics in South Korea, but she managed to find to time to encourage the Stillwater girls’ team.

The Ponies won the team championship, placing four skiers in the top 20, led by sophomore Libby Tuttle, who finished seventh, and senior Siri Bohacek, who was eighth. They finished with 414 points. Forest Lake (407) was second and Armstrong third (372).

Diggins, a three-time state champion who was on Stillwater’s last state championship team in 2010, texted the team before the state meet.

“Jessie has been awesome,” Stillwater coach Kris Hansen said. “I’ve already sent her a picture of the girls and she sent them a good luck text message this morning. She spoils us with her attention.” 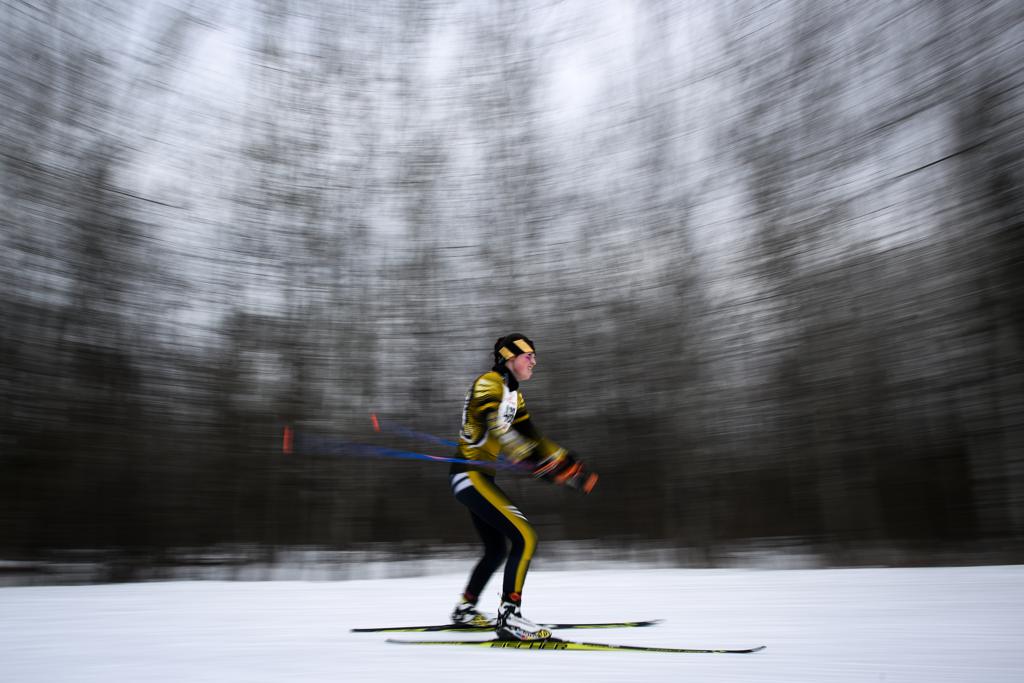