Music soothes, and the mind-set of attacking takes care of the rest for the Eden Prairie junior. 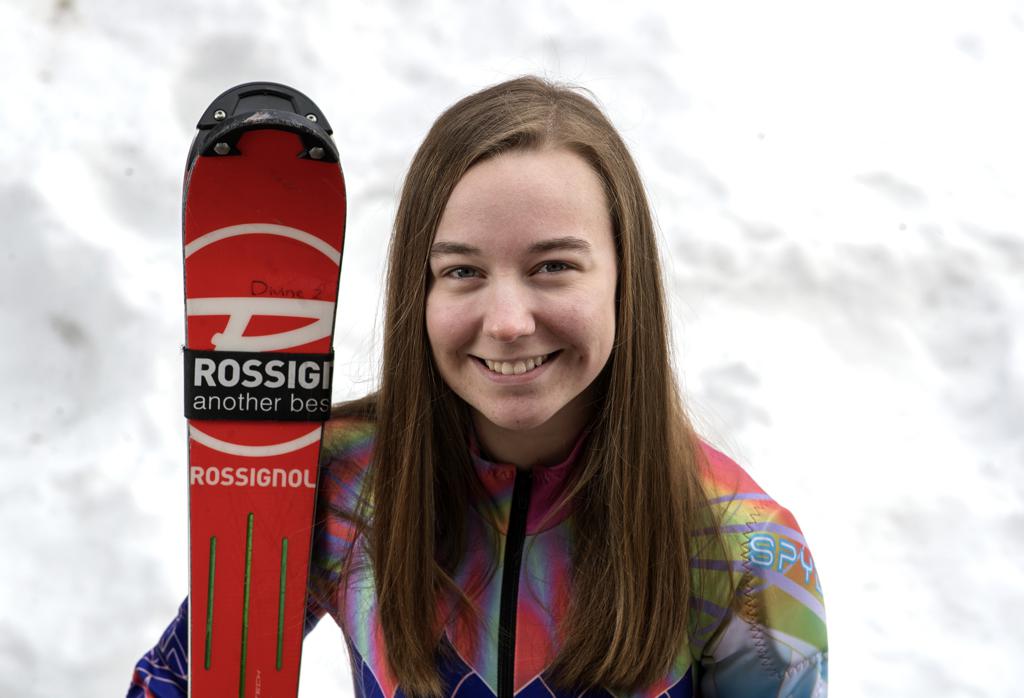 Becca Divine turns to country music, preferably Sam Hunt or Lady Antebellum, to cope with any pressure she feels before heading down the slope.

The combination helped produced a state championship for the Eden Prairie junior girls’ Alpine skier and her selection as the Star Tribune Metro Girls’ Alpine Skier of the Year.

“I really improved my mental approach,” Divine said. “I used to let everything get in my head too much. I would psych myself out.”

Divine posted a time of 1 minute, 15.44 seconds for her two runs to win the girls’ Alpine skiing state meet in February at Giants Ridge in Biwabik.

“I performed well under pressure this year,” Divine said. “I had a goal of winning state and achieved that.”

Divine’s first run down the Helsinki course set the tone for her championship day. She posted the fastest time during the morning run, 35.49 seconds.

“My first run was really, really good. I attacked the course,” Divine said. “Not having to make up time really helps.”

She was coming off a 10th-place finish the previous year, when she was 12th after her first run.

“I’ve always performed well at state but not quite as well as I could have,” Divine said. “I continued to move up the ladder [she was 21st her freshman season] and was happy with my progress.”

Now she has confidence to go with her ability.

“It was awesome being able to win state,” Divine said. “I have a little more pressure now, but I’ll be even more confident going into next year.”