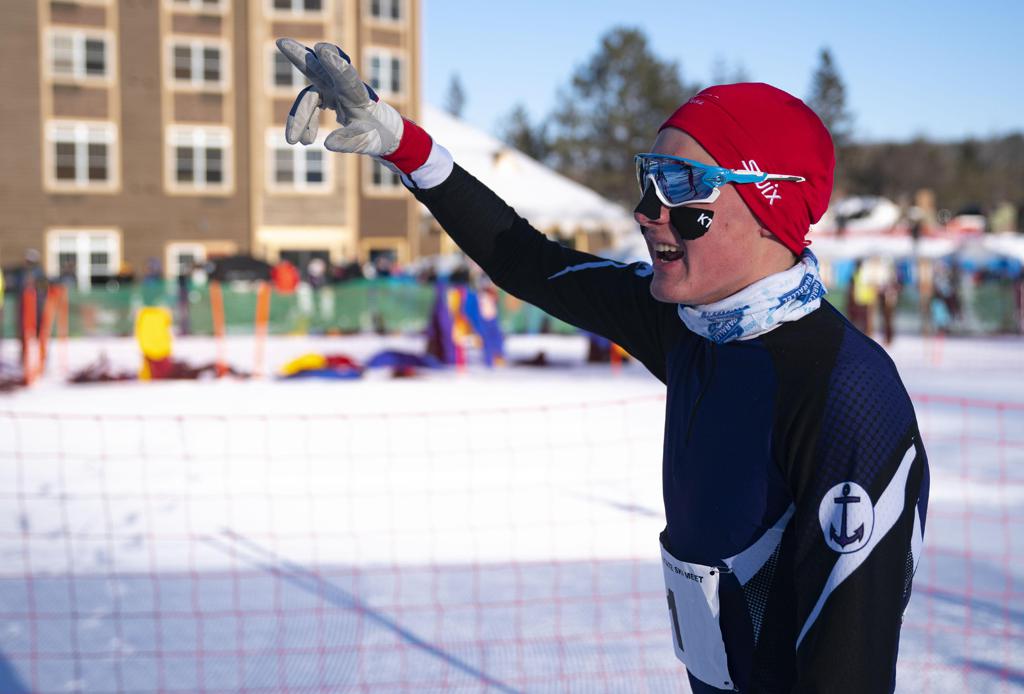 BIWABIK, MINN. — Sydney Drevlow overtook a familiar opponent on the last hill of Thursday’s 5K freestyle race at Giants Ridge to win the Nordic skiing state championship — the Hopkins freshman’s first victory in her third trip to the meet.

“I’m happy — and I’m really tired,” she said at the finish line.

Drevlow finished in 38 minutes, 40.7 seconds, about 20 seconds faster than runner-up Maggie Wagner of Edina, who crossed the finish line with a broken pole. Wagner won Wednesday’s classic race, and the two have been vying for the top spot in meets all season.

The state ski meets started Wednesday with Alpine races and the first round of the pursuit races. Thursday’s schedule was adjusted because of below-zero temperatures forecast for the morning. The sprint relays were consolidated, with the times in the heats determining the winners.

Molly Moening of Highland Park went into the meet with the chance to win her third state championship, achieved by only three other girl skiers in Minnesota, most recently Olympian Jessie Diggins.

Moening was disappointed with her third-place finish in Wednesday’s classic race. “It wasn’t the day I wanted,” she said. “It was weird. I felt good and had good skis.”

She decided to just have fun on Thursday, and she did. She finished in 39:24.7, taking third place, then tended to the racers who had dropped to the snow, spent, at the finish line.

“It was a bittersweet finale,” Moening said.

Camp raised his hands into the air before he even hit the finish line of the boys’ race. The senior, who finished third in 2021, had taken the chance to look behind him about midway through the race and saw he was in the clear.

Camp said he went into the race scared because of the cold weather. Turns out it was an unfounded fear.

The Southwest team of Lars Brinkema and Sam Scott won the boys’ sprint relay, finishing in 14:59.55. They were nearly 10 seconds ahead of the No. 2 team from Duluth East.

Brinkema described the duo as “skeptical” going into the race. They saw a third-, maybe fourth-place finish. Then he got to watch it play out at the finish line, eyes on the clock, then eyes on his teammate and the final leg.

“I was just screaming,” said Brinkema, a senior.

The high school league hadn’t included the sprint relay at the state meet since 1998, and at that time teams of four skiers each raced a 3K. More than 20 years later, two racers each took two legs of the 1.2K distance. Times were taken from the heats, rather than having a final race.

The Duluth East girls’ relay had no comfortable cushion. Liesl Cope-Schaeffer and Rowan Bixler finished in 17:52.41 — a quarter of a second ahead of Forest Lake.